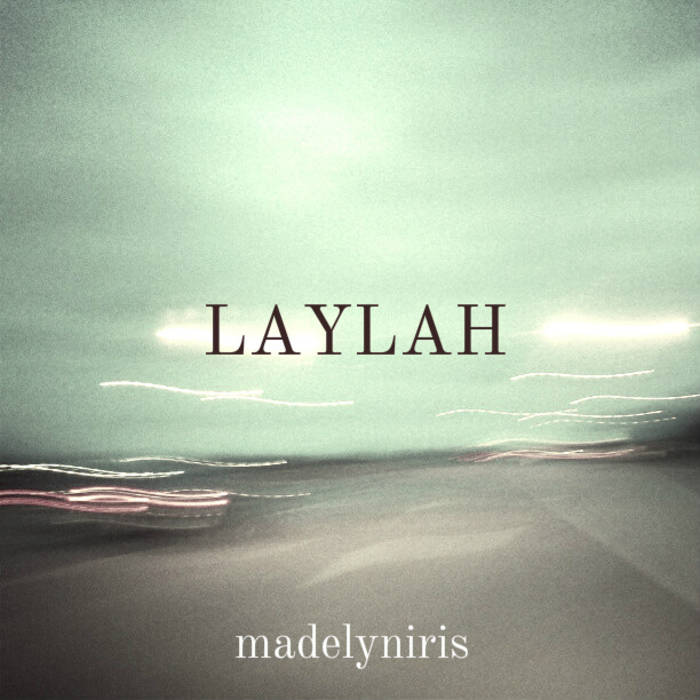 scankampagne Cannot stop listening to it!

Bill Gates I can't tell you how much I love this set of songs. Complex harmonies of the sweetest female vocals with beats like The Weeknd. Looking forward to more! Favorite track: Sweet Goodbyes.

Queen Elizabeth Chill, dark but still uplifting. Minor fades to major, blood to healing, and hurt blossoms into love. Brilliant lyrics with continuous vibe, song to song. I'd like to compare it to Imogen Heap, but it is darker. All, apparently performed and produced by a 19 year girl. You go madelyniris! Favorite track: Once.

In 2012, madelyniris began recording covers to some of her favorite songs.

Although she rooted herself in indie-folk music, madelyniris was quick to stray away. It was early 2012 that madelyniris began being influenced by artists such as Frank Ocean, Childish Gambino, A$ap Rocky, Chance the Rapper, and The Weeknd. However she has never been limited to these artists; madelyniris also finds inspiration in bands such as Clams Casino, La Dispute, Coldplay, This Will Destroy You, Imogen Heap, I See Stars, and invisible U2.

With her (obvious) eclectic influences, madelyniris is a student at the University of Missouri- Columbia studying vocal performance. Her classical training brings in influences from the greats such as Tchaikovsky and Schutz, as well as the modern Eric Whitacre.

In early 2013 she announced she was working on her first project, scheduled to release in June. Her first album "LAYLAH" was born June 14, 2013, and is continuing to grow and reach new corners of the world that madelyniris could only dream of reaching. As it continues to grow, madelyniris is already back writing, hoping to release her first full-length sometime in 2014.

Contact me at madelyniris@gmail.com for any questions you may have, or if you just want to say hi!

21 years old and not counting.

Track Name: Once
the sun sets
fading your chest
beating darkly to your thoughts
and the voices
in your head
speak softly to your heart
Track Name: The Beginning
you never imagined you'd be here
walking away with all of your fears

and so I paint the picture
so I sing the song
so I touch the space in time that shapes what I'll become
Track Name: Sunburn
I've danced in the dark
I've felt the creeping night
What lingers in my heart
is the silent coming light
I've touched the lost and hurt
I've held their hands in mine
what matters not is lost
and what's lost is not our light

tell my skin it must come home
tell my lungs to get some soul
tell the sun that it is whole
tell the night to take control
tell the stars they are my friends
connecting nerves within my head
tell me I must not pretend
because the night is not the end
[repeat]
Track Name: Simplicity
I've never been so ready
to let go, to let go
of every little thing
of everything

tempt me with your twisting tongue
draw me in close with your smirk
use my heart while it's still young
and love me till it hurts
Track Name: Sweet Goodbyes
I took away your heartbeat
you took away my eyes
I stole your only love song
you stole my only disguise
I hated every second
your dead skin kissed the ground
I tried to kiss your sparkling lips
but only ashes were to be found

Bandcamp Daily  your guide to the world of Bandcamp

Featuring Oakland sounds from the Smart Bomb collective and Samplelov.